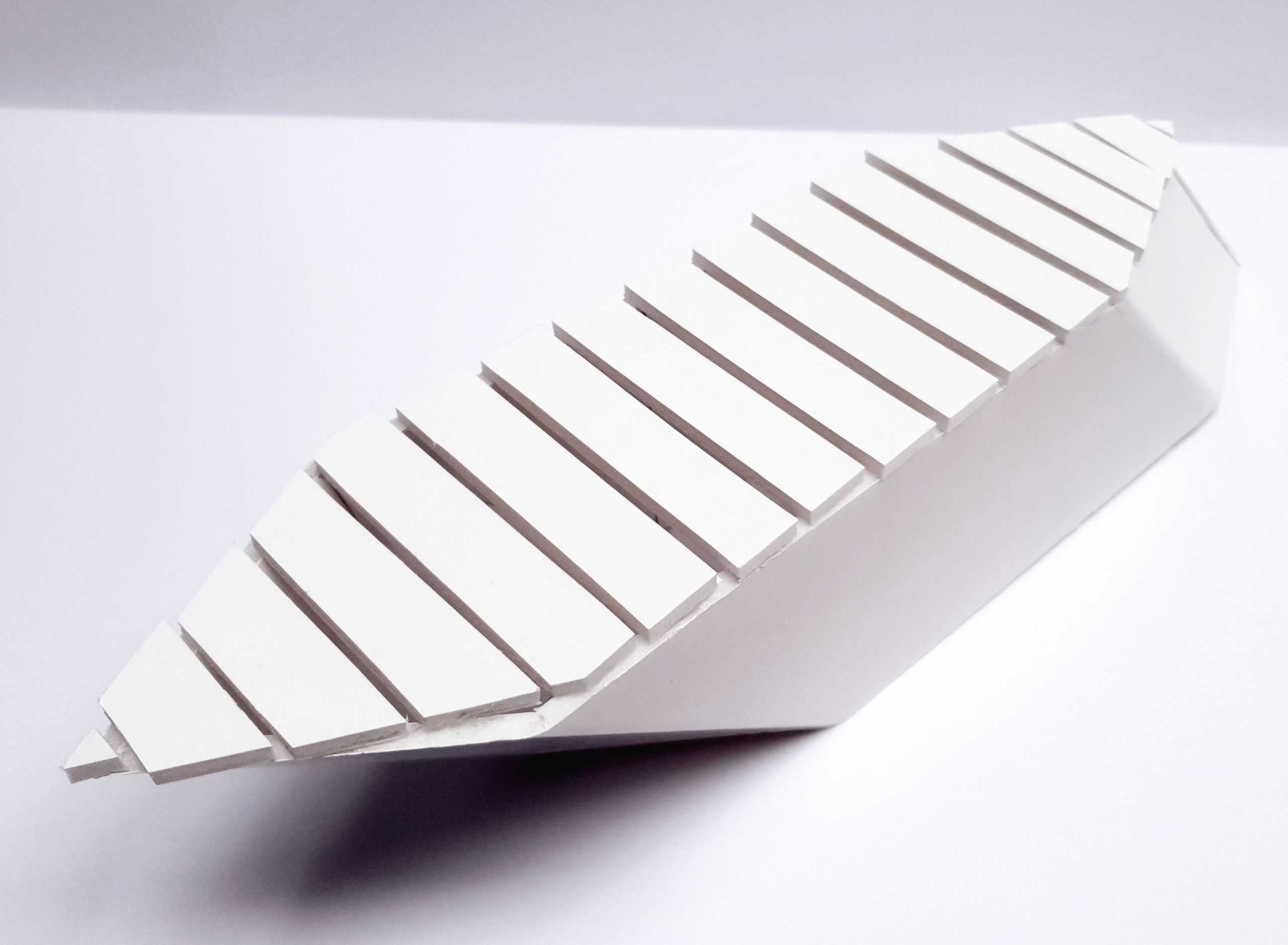 This is my most current model detailing the finalised design for the project. A design for outdoor seating based on Loughborough's canal boats, that can be stacked/ placed together to form larger benches or storage. 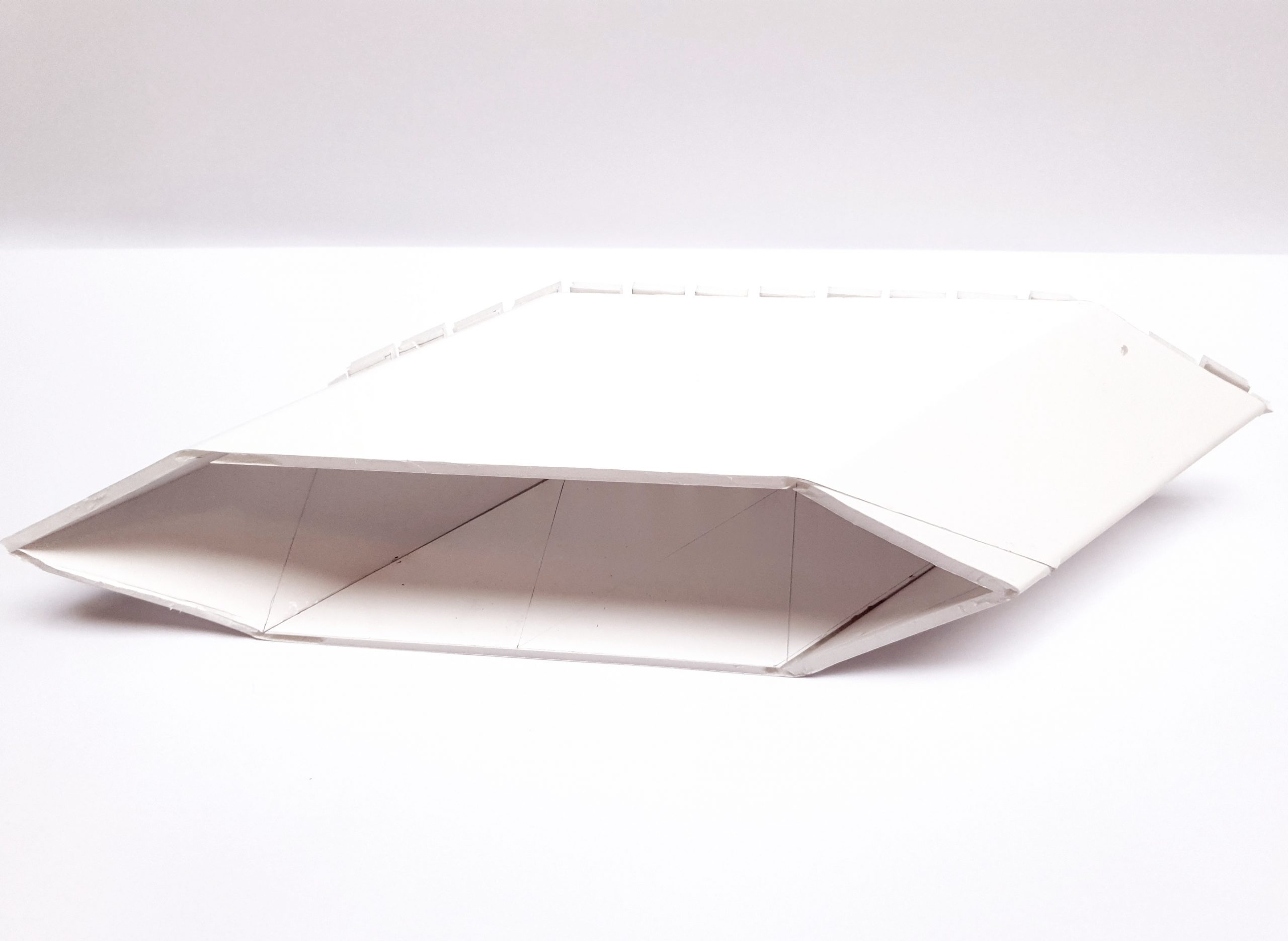 Another Angle of the Bench Model

This shot details how the bench can be used on its side and stacked one on top of the other as a stylistic storage area (eg. for canoes/paddles, if being used near an area with a body of water) 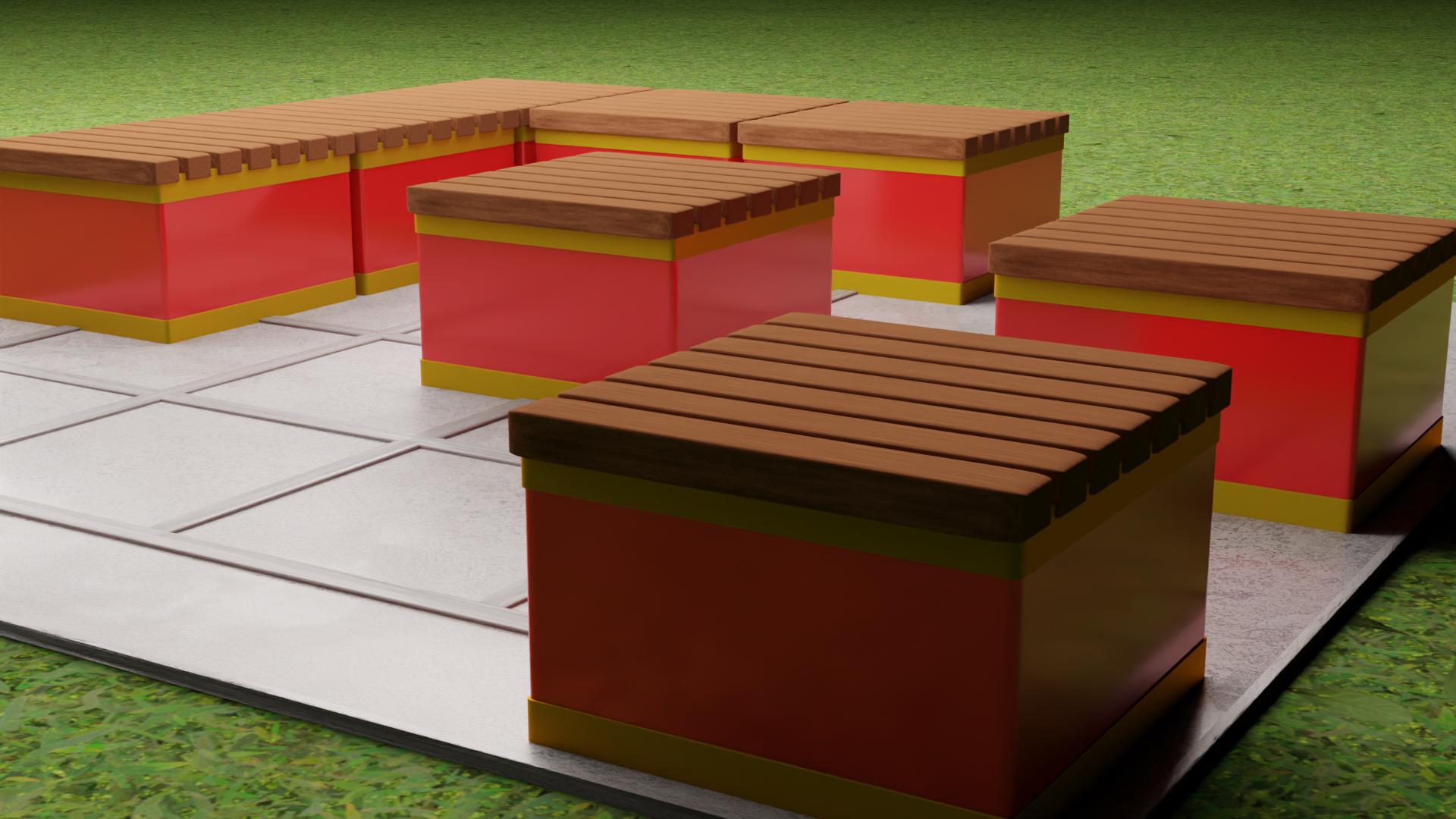 A 3D Render for a Previous Iteration of the Bench

This is a render of an initial idea for the modular public bench, in which each seat can be moved together or away from each other to form longer benches or a table. 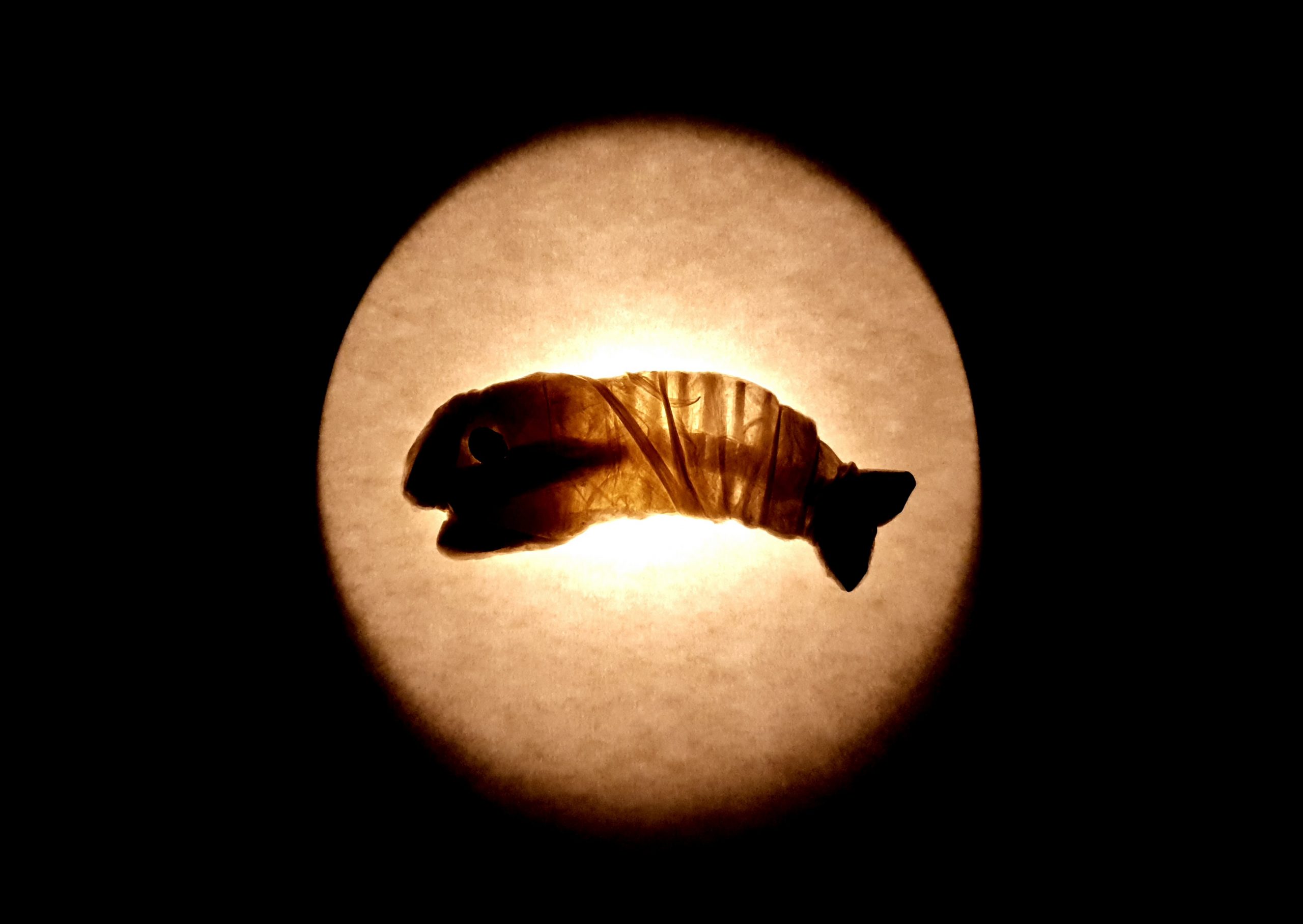 The Final Image for "Plastics" Project

This is my response to a project that revolved around the issue of plastic consumption in modern society. This piece is focused on the amount of plastic present in the oceans, and the dangers they pose to sea creatures and wildlife. 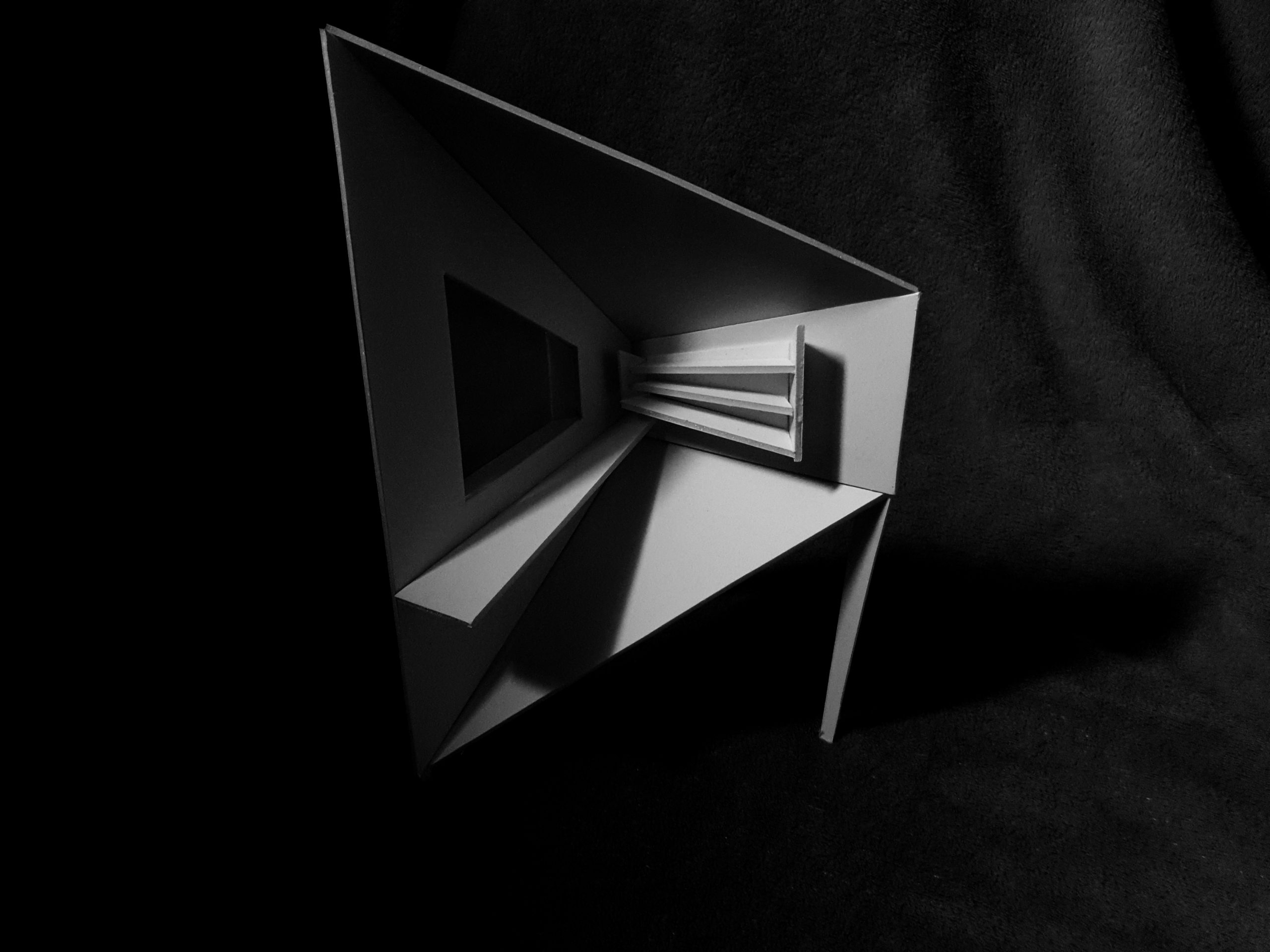 My Response to "Perspectives" Project

This is my photographed modelled response to the "perspectives" project in which forms of recording interiors in different perspectives (such as two-point perspective) were explored. 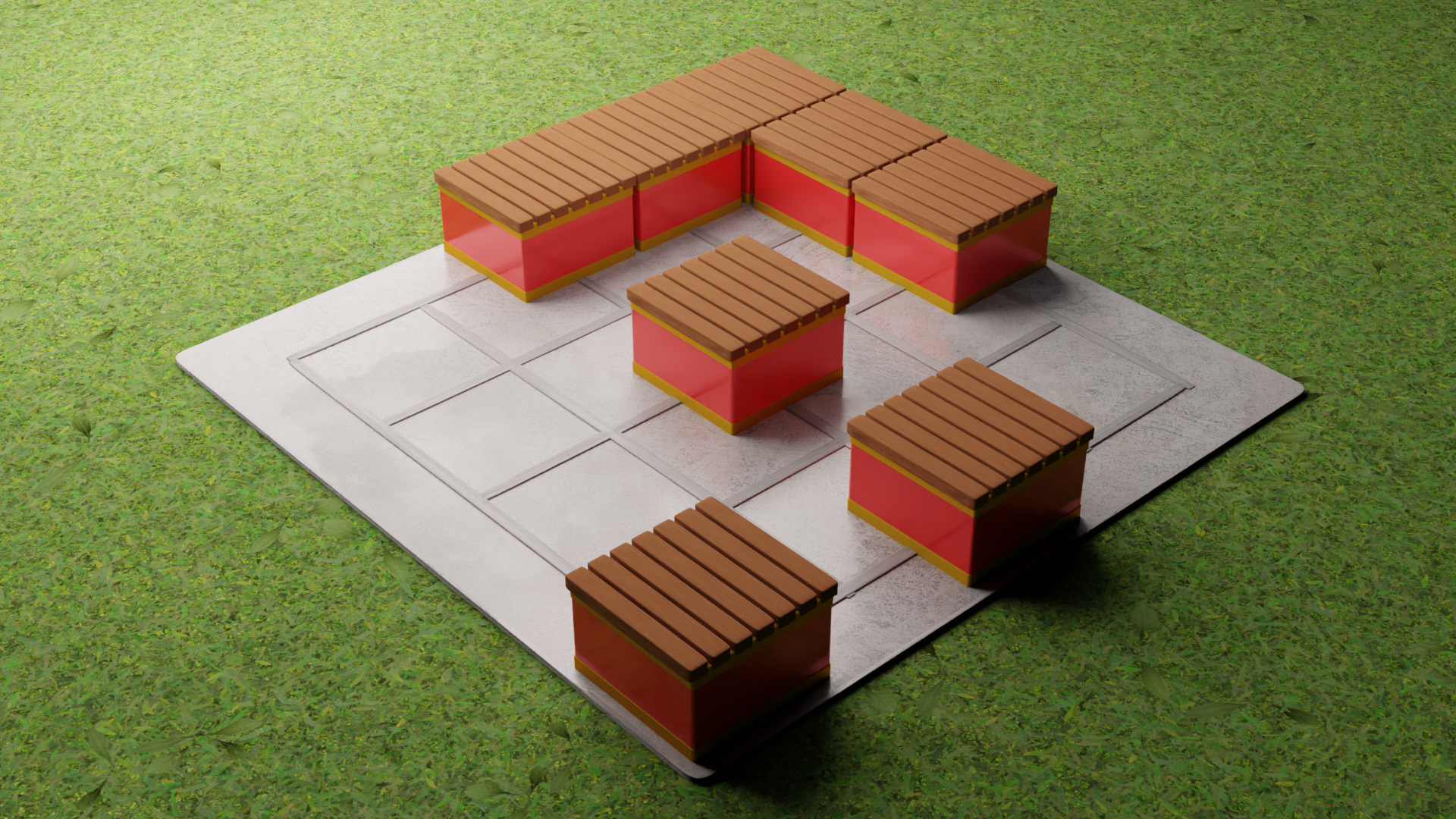 Another Angle of the Render 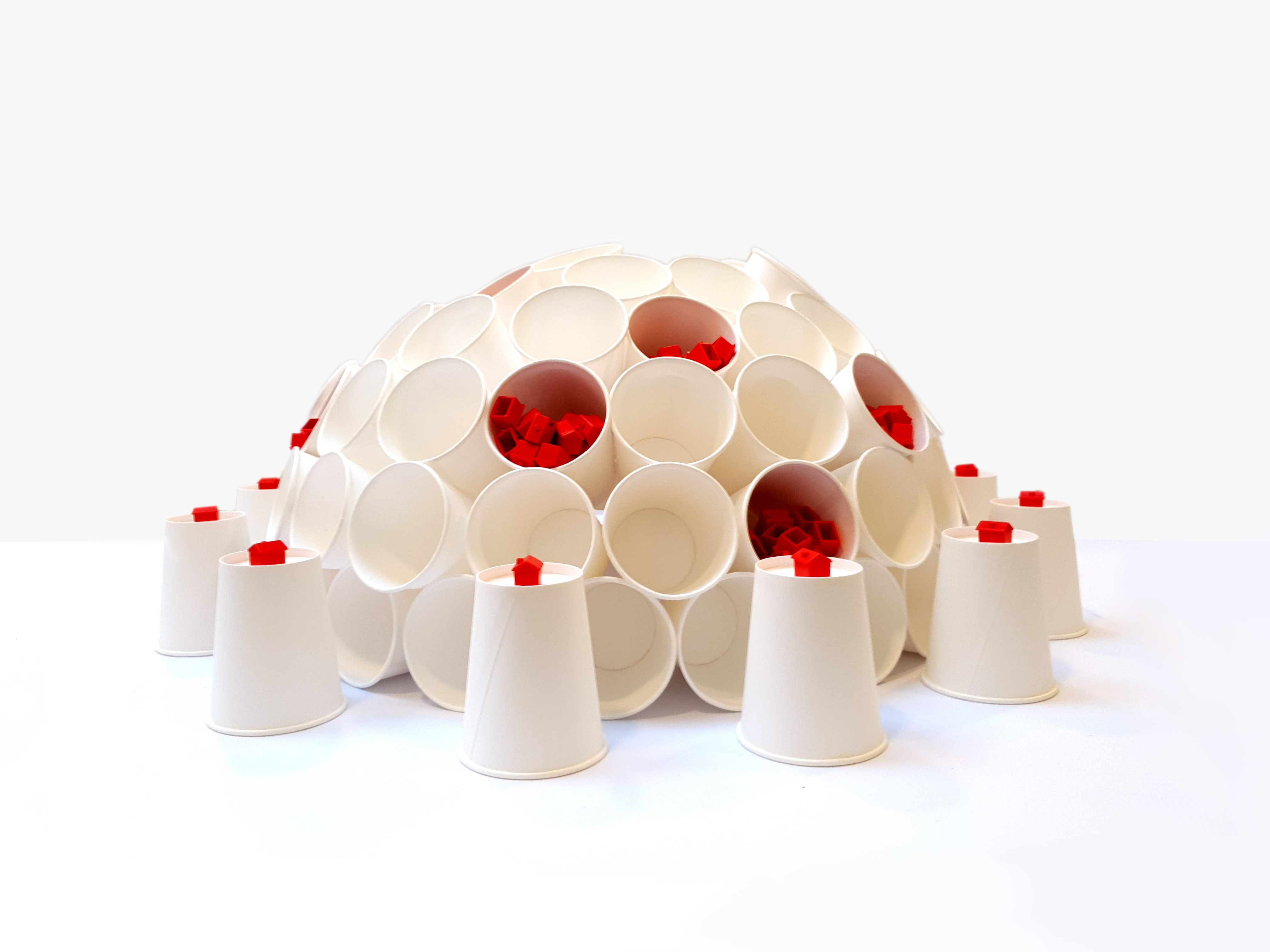 A Modelled Sculpture for "Highlight the Mundane" Project

A response to the "Highlight the Mundane" project, in which I made use of "mundane" abundant modelling materials to create a piece using the materials to their greatest advantage. (Such as the conical shape of paper cups, and stark colour of monopoly houses)

I am a hardworking student with a passion for useful and impactful design.

My work this year on foundation has revolved around exploring different research, ideas and methods, and being expressive, in order to produce meaningful pieces of work. I have created pieces in response to ecological issues, designs that solve common problems, and some more aesthetically charged standalone responses. I hope to take what I've learned this year forward with me onto my degree and career further into the future.