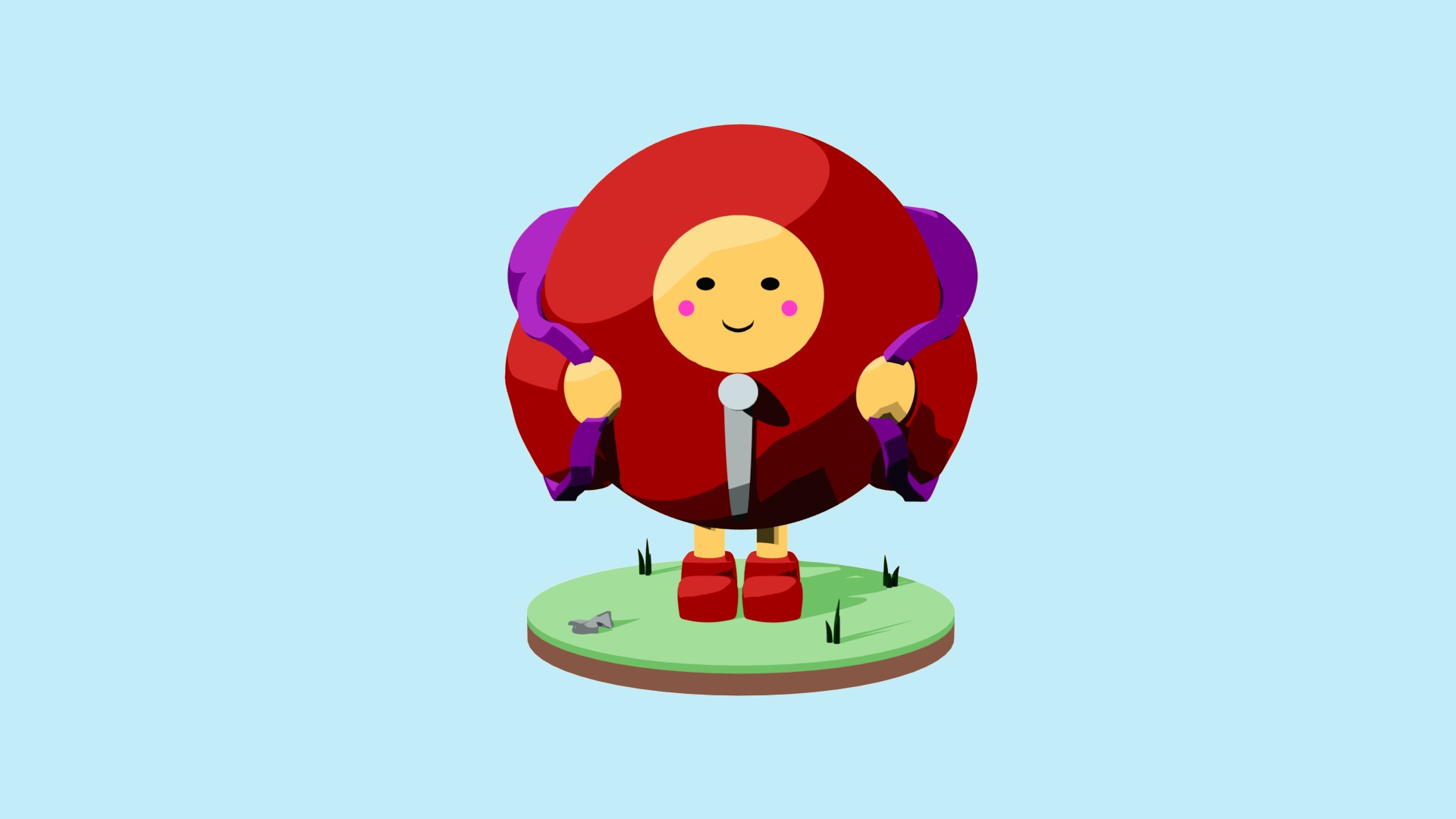 Nix Newton came up with this concept for how the default character of our game would look. I visualised this as a 3D render to give an impression of how it would look in the game. 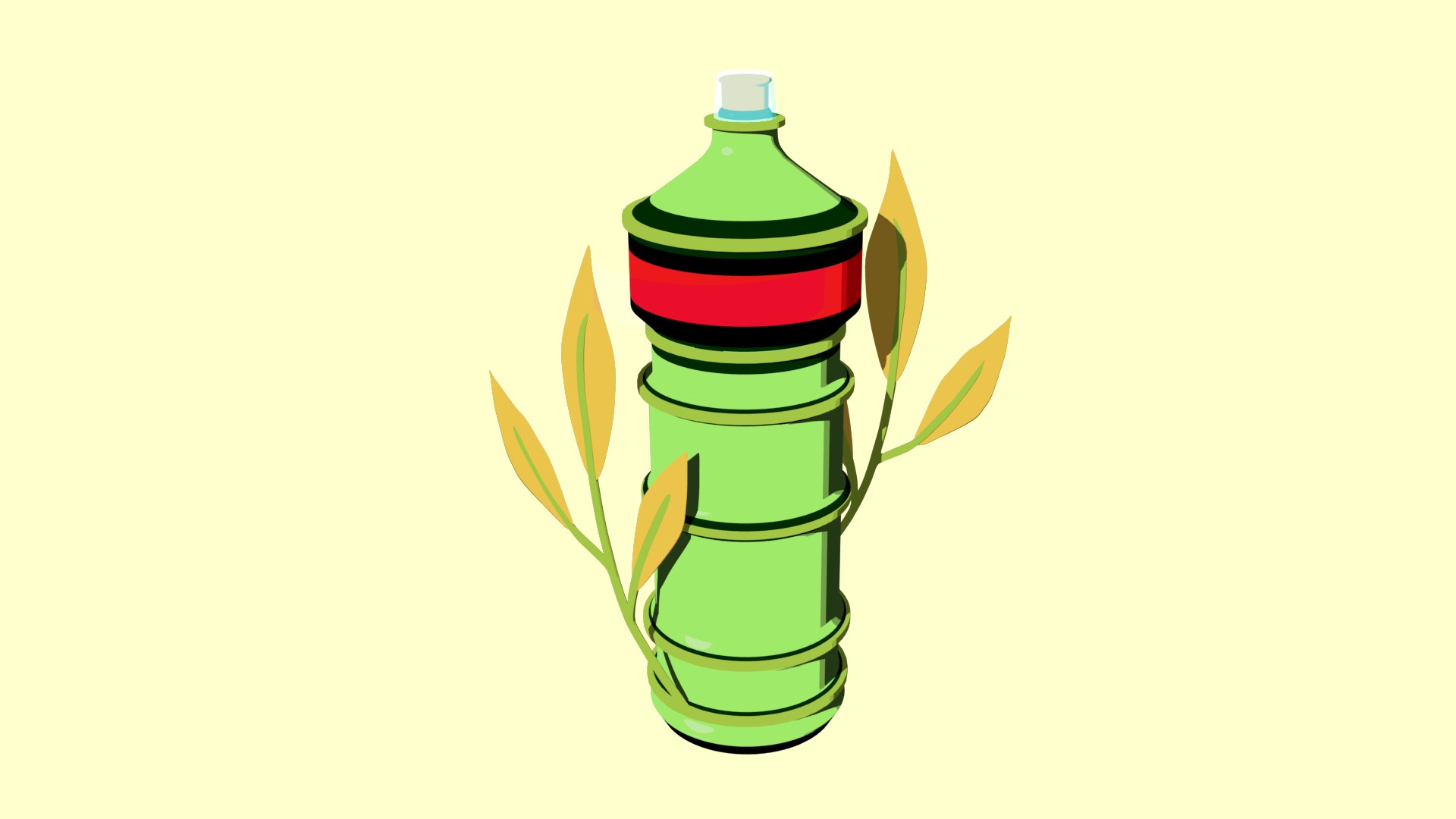 We wanted to show how our game assets would look in 3D to symbolise how they might look in the game. Ragini Mohanty came up with the concept for this design and I visualised it as a 3D object. 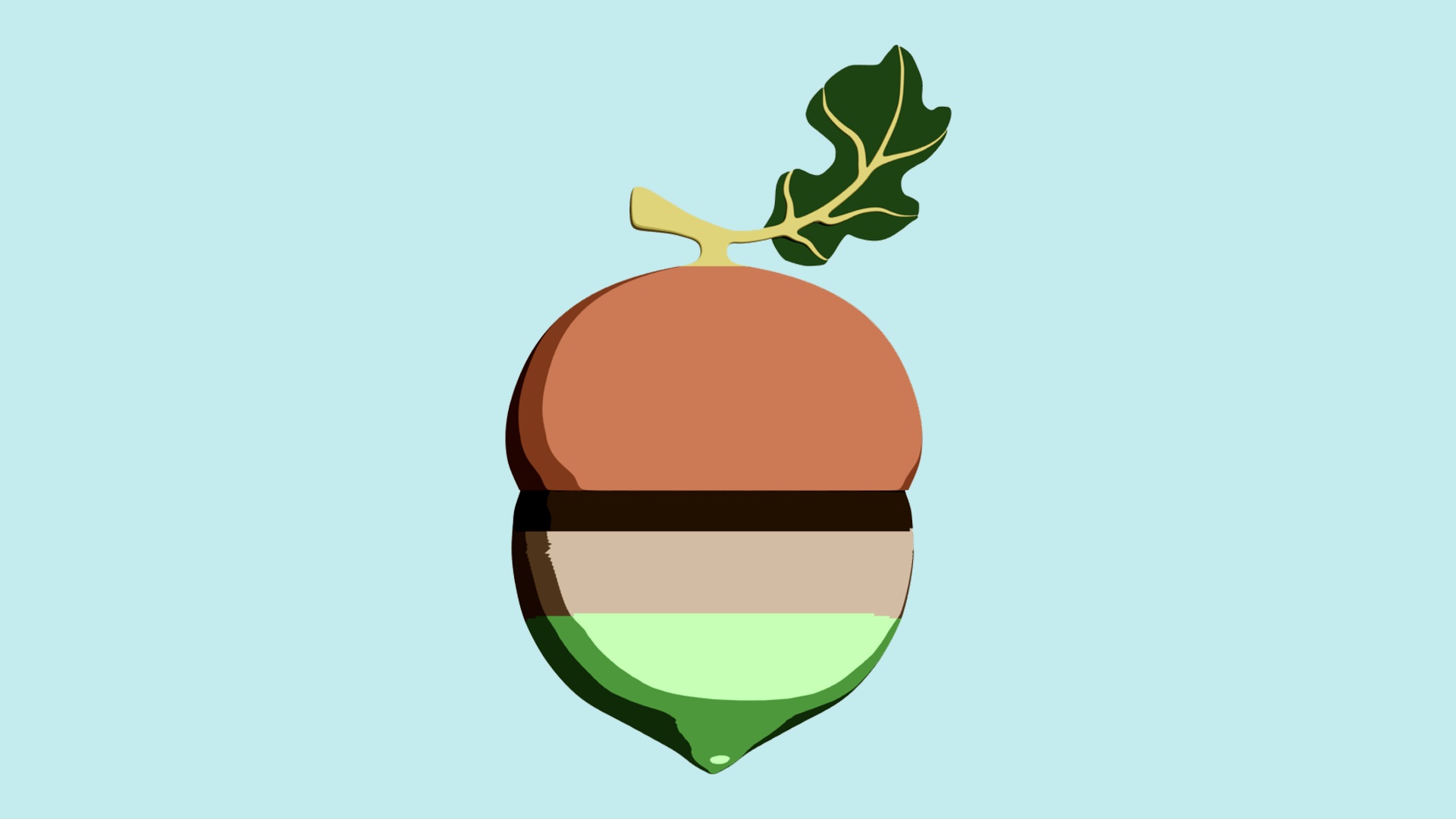 We wanted people to be able to set geocapsules for each other both in the game and as part of a companion app. The image shown is a 3D representation of the capsule that players would put their items in before setting them for other players to find. The acorn concept was created by Ragini Mohanty, designed to represent the natural aesthetic of the game. 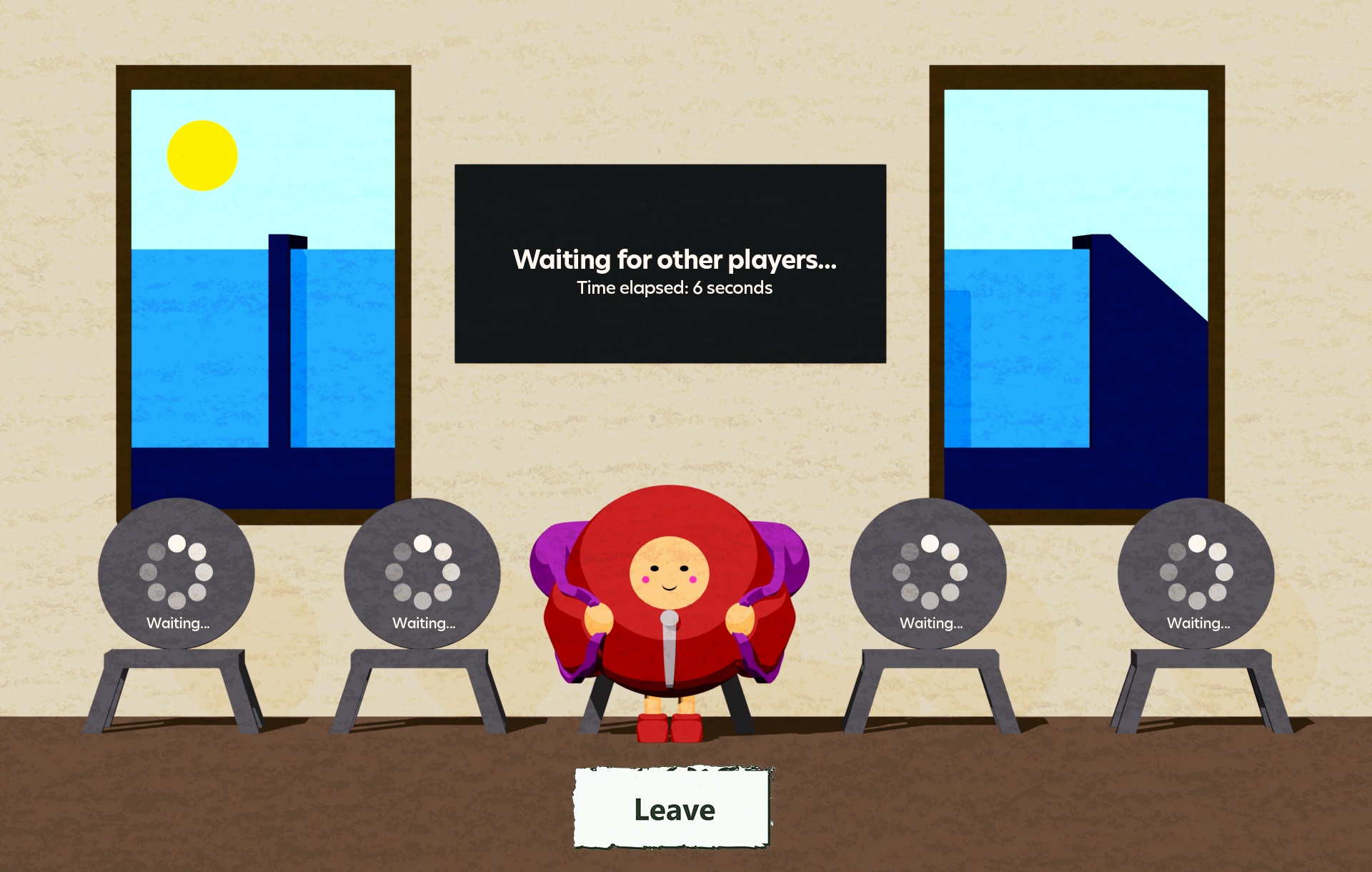 This is a 3D representation of the waiting screen that a player will see when waiting to go on a hike with other players. The original illustration concept was created by Ragini Mohanty and the crayon overlay was created by Nix Newton.

When presenting the project, I was responsible for creating a set of icons to convey different aspects of the project. They were generally set very faded behind the text to add extra detail.

I always seek to create work that makes me happy and is in line with my interests.

From Art Foundation to Final Year, I have had a wide range of interests and probably wanted to do every possible pathway at some point or another. The most important thing that I have learnt from these past 4 years is how much Art and Design mean to me and my wellbeing, and in the future, I want to always keep creating as a hobby. Whether it be model painting, traditional drawing or graphic design, I always want to be able to focus on the creative pursuits that interest me the most and give me the most enjoyment.

Shown below is a group project for a game called Trails: Companion World, completed with Ragini Mohanty and Nix Newton, for the D&AD Rare Games Brief. It is a cooperative game where groups of players go on hikes to find items and discover locations. Within this project, I was responsible for 3D Modelling and Motion Graphics as well as App and Layout Design.

During my Art Foundation Year (2017-18), I won the John Mack Foundation Award for Visual Communication for fully embracing the ethos of the course. I was also Highly Commended at the Business Disability Forum's 7-Day Film Challenge (2017-18).