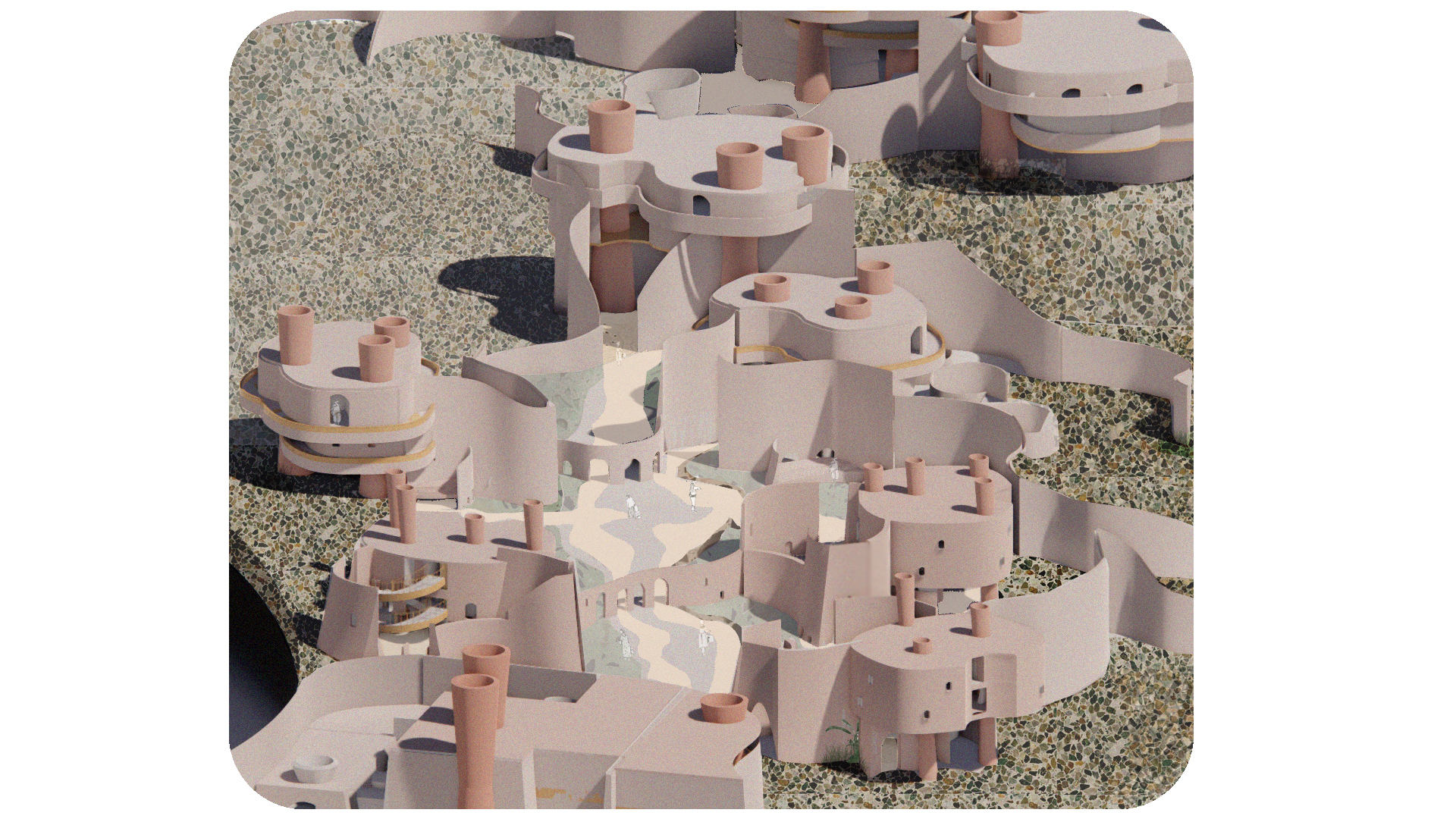 The architecture of contagion located in Pavuna Rio. This collection of healthcare facilities are used to house Pavuna's most vulnerable when it comes to disease. The site acts as a temporal place where the most vulnerable can come and get treatment, and leave the site when they have recovered. 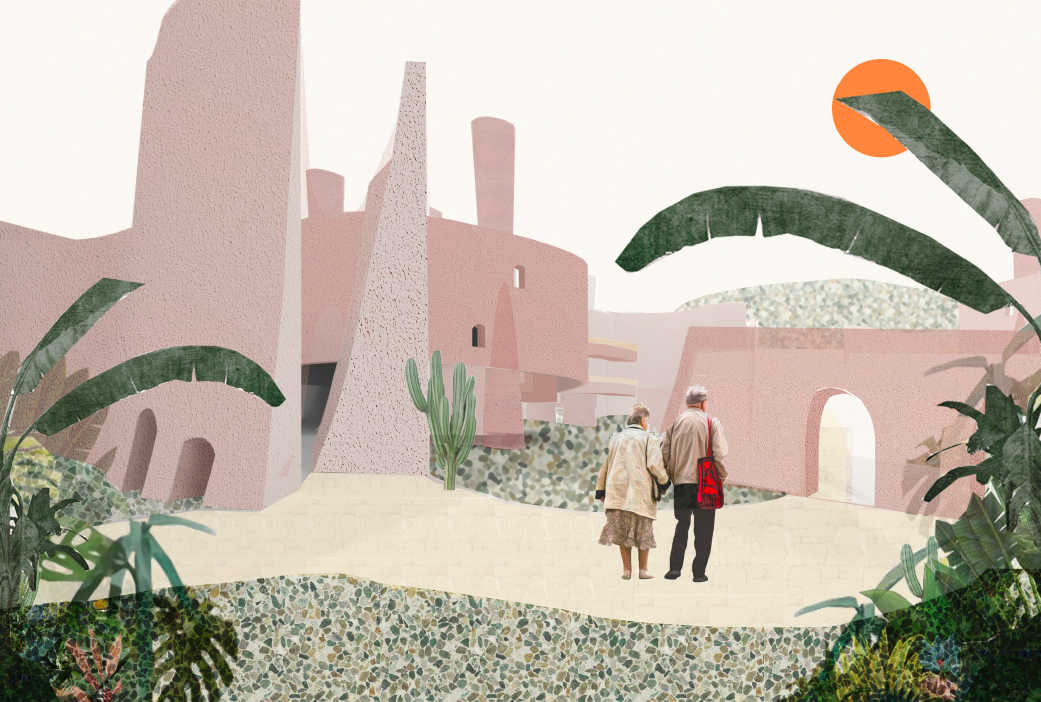 Experiencing the Architecture of Contagion

This image captures the strength, and the boldness which the architecture has. The architectural form is derived from the biochromatic curve - the curve with the fastest heat drop - and passive ventilation design strategies which have been used to create an architectural intervention which is responsive to the mitigation of disease. 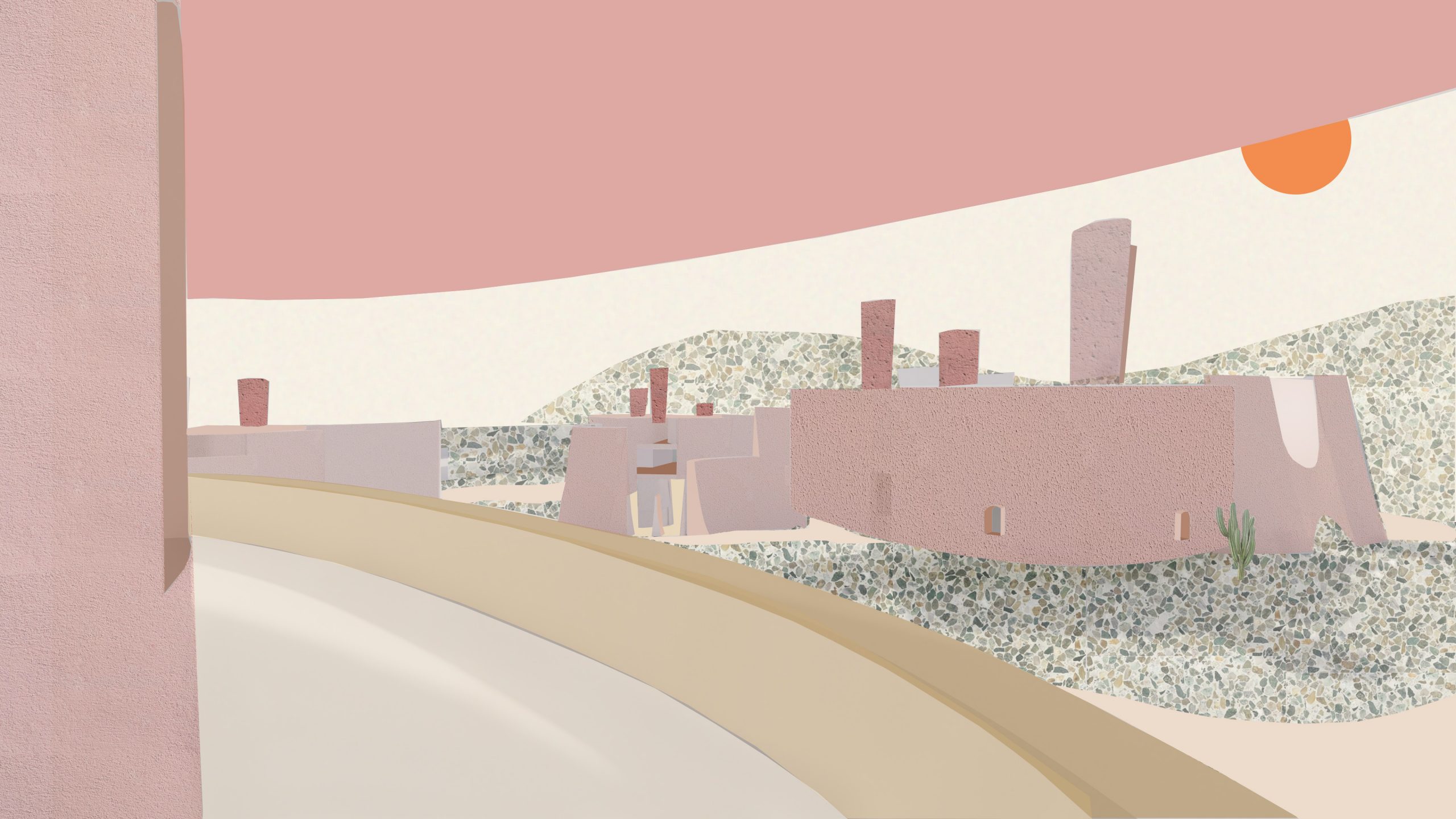 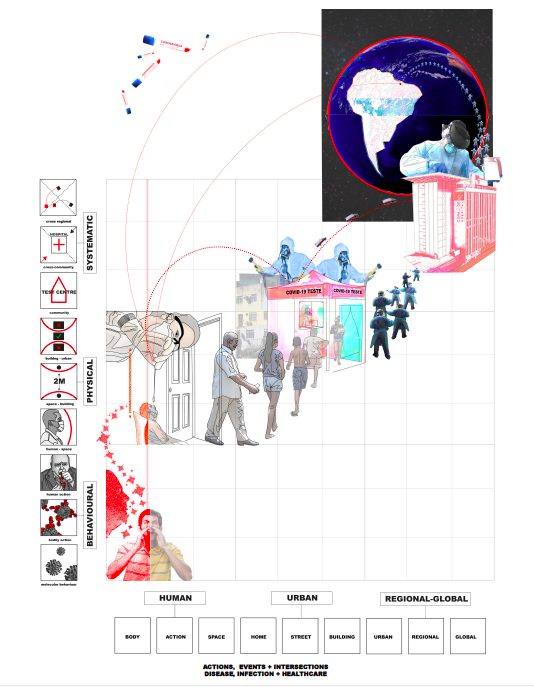 This is a diagrammatic storyboard which has been created using both the novel and the conventional ways of measuring Rio’s urban landscape. This diagram acts as a way in which the current cultural framework and Rio’s response to disease can be visualised. Where behavioural cultural and systematic measures appear at different scale within urban, regional and global scales throughout Rio.

As cartography defines the geographical boundaries to land currently - the land can be redefined and remeasured through measures which currently drive the existence of the landscape, in this case, disease. 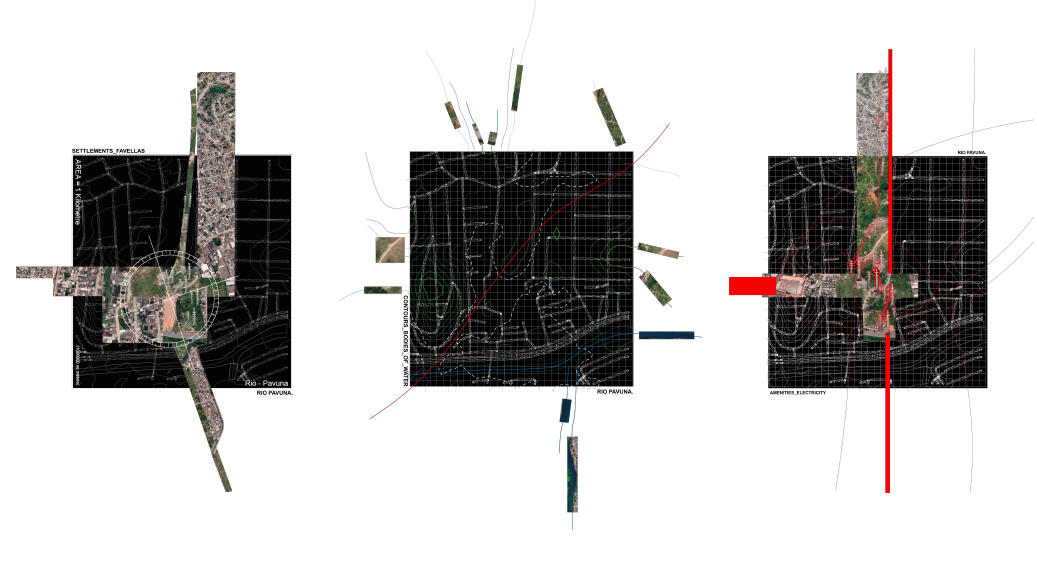 Acting as a continuation of extending Rio's cartographic manuals - defining the chosen site through natural site drives acted as a way to do this. The site is driven by three main factors, surrounding settlements, such as favela’s, and low-cost housing, the site contours, and the electrical amenities which dominate the site. The elements of these maps have been extracted and strategically placed where they exist within, on and around the site.

There are four units which make up the site, each one with reducing levels of passive ventilation strategies, and intensities of care. The spatial diary above showcases Marcos, a resident of the site, and his journey through Unit B. 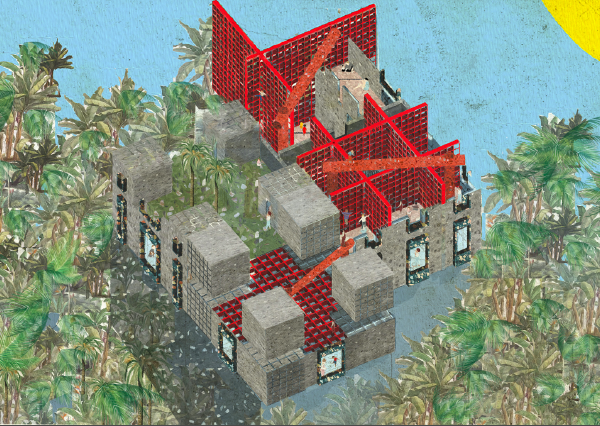 Rio’s Urban Mysterium is defined by the violent acts which take place within it. Where people are driven either through life or to a sudden death by simply navigating through the city of Rio. Violent acts manifest themselves both physically and metaphysically within Rio, where in both realms, the moments between life and death play out continuously within its urban fabric.

Acts of violence are an important part of Rio’s urban fabric and its everyday running. It cannot exist without the dichotomy of life and death acting out. Life and death is part of any city, however in Rio it is the very essence of what drives it. It drives it politically, economically and socially. Whole communities are either disbanded or brought together through acts of violence.

It can be argued that violent acts are needed for the favela’s, survival, however what if violent acts were re imagined? Can violent acts be re-transcribed and ‘rehabilitated for good ? Not for the cause of death, not to acts as a mechanism to allow humans to be volleyed between life and death, but for a purpose entirely different? A purpose of joy and pleasure. 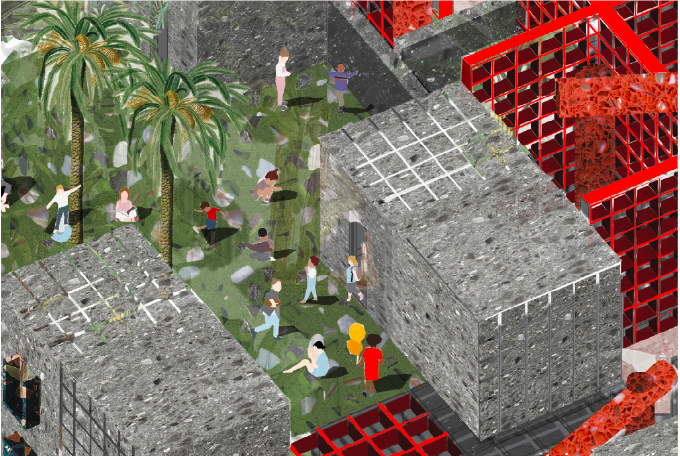 Very often children who are a victim of crossfire gun violence are simply playing, crossing the street or walking to school. By re-transcribing violent acts through play, it can aim to redefine the acts, intentions and consequences of crossfire deaths. Currently in the urban environment of Rio, children exist within this dichotomy constantly - however what if this ‘space’ between life and death was turned into a space where children can feel safe within it? As Rio’s streets can, without hesitation, quickly become the setting urban warfare.

Dichotomy playground acts as a sanctuary for the children of Rio, where through play, their actions can re-define what it means to live within the dichotomy of life and death. The architecture is a direct manifestation of the cross-over between physical + metaphysical acts and spect-actors.

In order to reimagine how we measure land – understanding the ways in which can be measured beyond conventional geography is important to allow is to imagine how we may exist within a disease-driven-urban in the future.

I am a final year at the Loughborough School of Architecture - who is a part of the first cohort to study Architecture at the University. This has shaped my design perspective, as from the onset of my architectural education and career, I have welcomed the challenge of the unpredictable, and used it to push my identity as an emerging architect.

Challenge is that only way to elicit change - and I have felt necessary to use this as a tool to navigate the industry. Both as a woman of colour, as an emerging part one, and in the current times of political and epidemiological crisis.

My work revolves around challenging our perception of the urban and the theories which govern and influence it. Academia is riddled with the need for rigour, it is set in its ways, and I am curious to imagine what lies beyond this.

On my industrial placement year, I was fortunate enough to work for ZRP Architects in Clerkenwell, London. I was a part of a small design team, who worked on a wide range of projects from high end residential, education and civic buildings in London. Due to being a part of a small team, I was pushed to immerse myself in a diverse range of architectural processes and practices, from contractural work, creating tender packages, and co-ordinating with planners on live projects.

I throughly enjoyed the fast paced and challenged work environment which I was exposed to in practice, and I believe that it was these experiences that have helped me to progress further in my final year at Loughborough University.