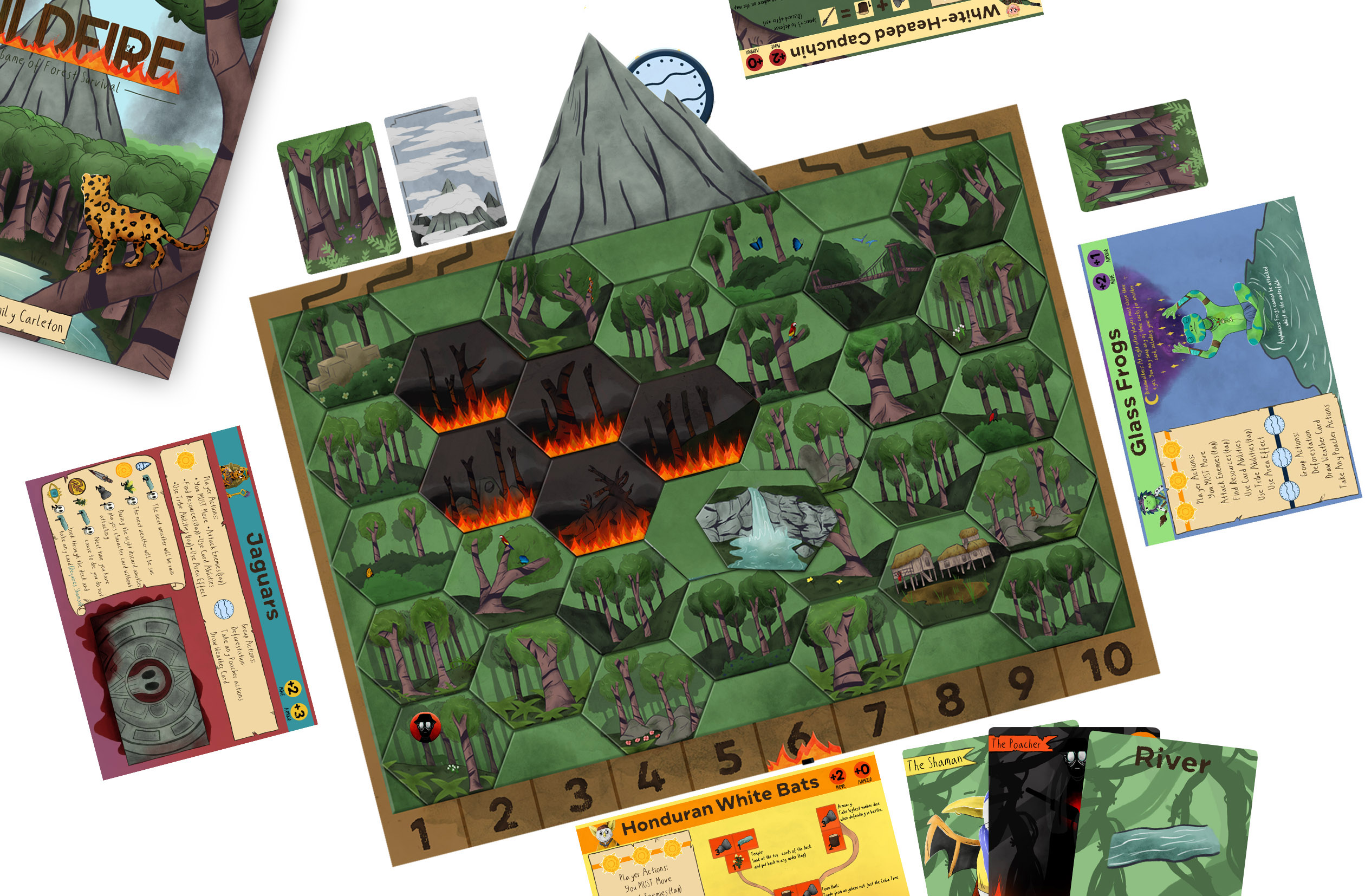 Wildfire: A Game of Forest Survival

A mock-up of many of the elements I created for the final board game. The board in the centre has flippable tile pieces to showcase the spread of the forest fires and the players are using individual player boards for their own animal character which each have different abilities. The box is also visible in the top left. 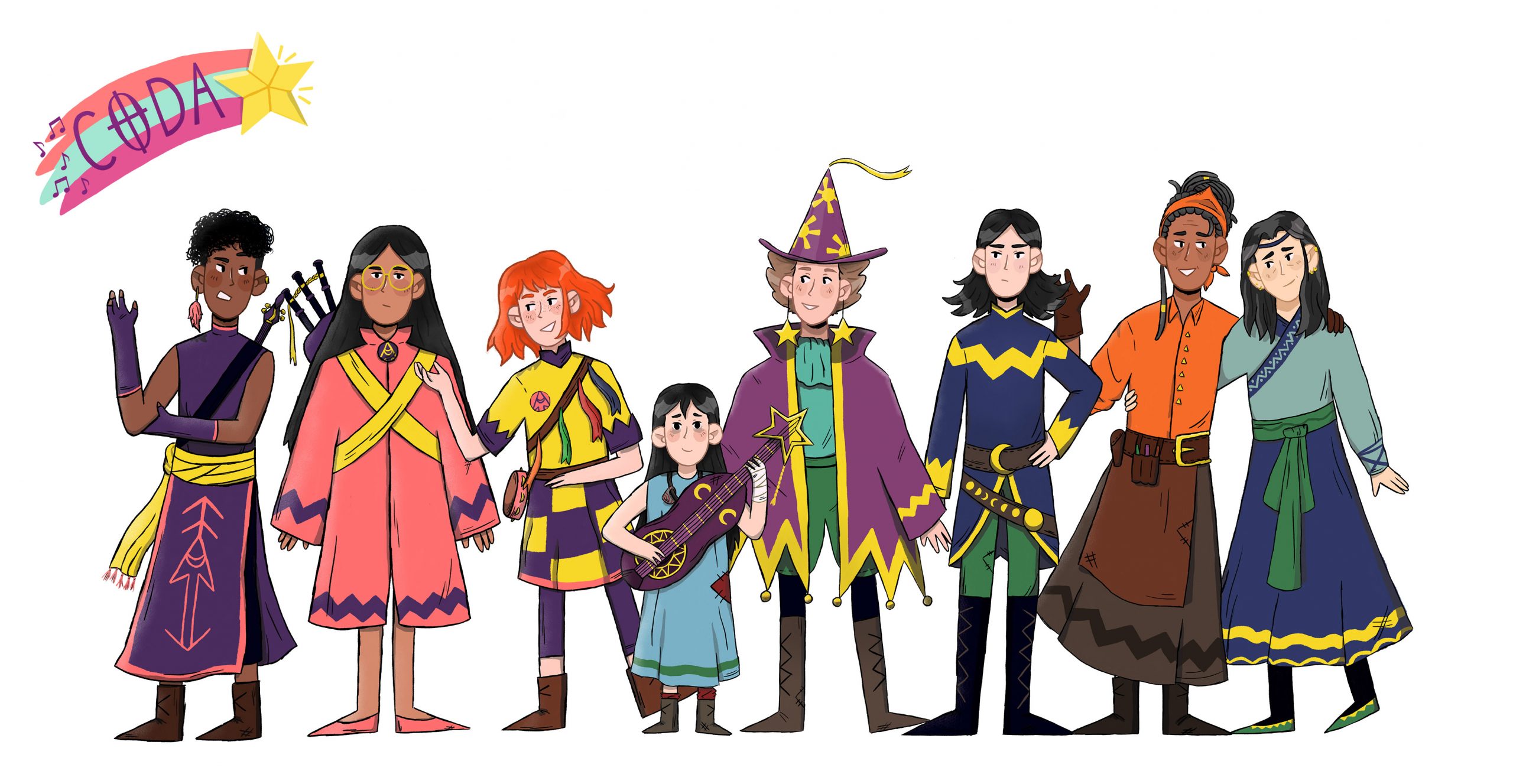 A lineup of the main characters for my 2D sidescroller video game, Coda, which is about a travelling bard dealing with the loss of his bandmate. 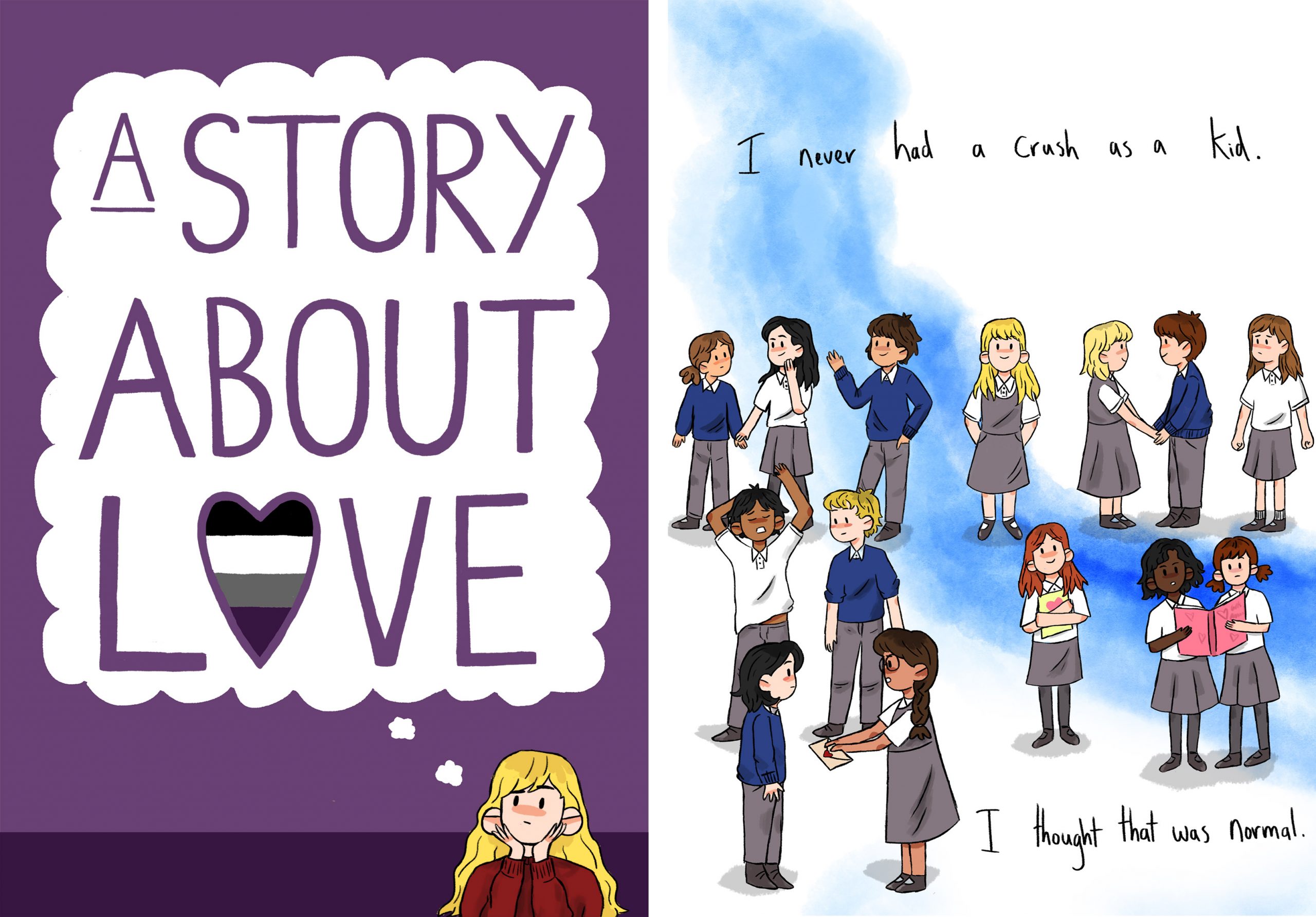 A Story about Love

The cover and the first page of a short educational comic I wrote about asexuality using my own experiences as inspiration. 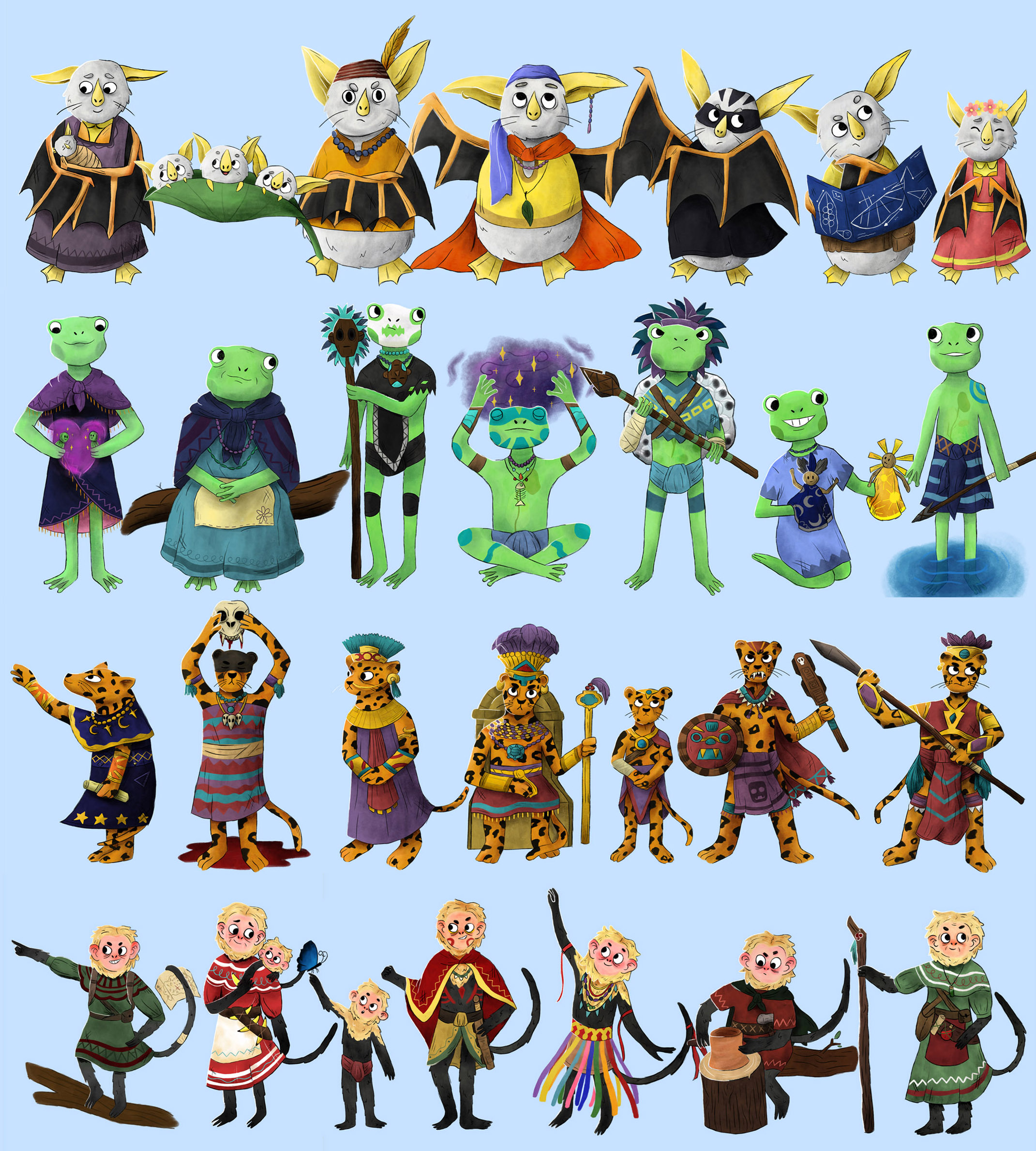 In Wildfire, players pick one of four factions - glass frogs, white-headed capuchins, jaguars or Honduran white bats and have to collect all their members before the forest burns. I designed each character to have a distinct personality that tied into an individual card ability they would unlock. 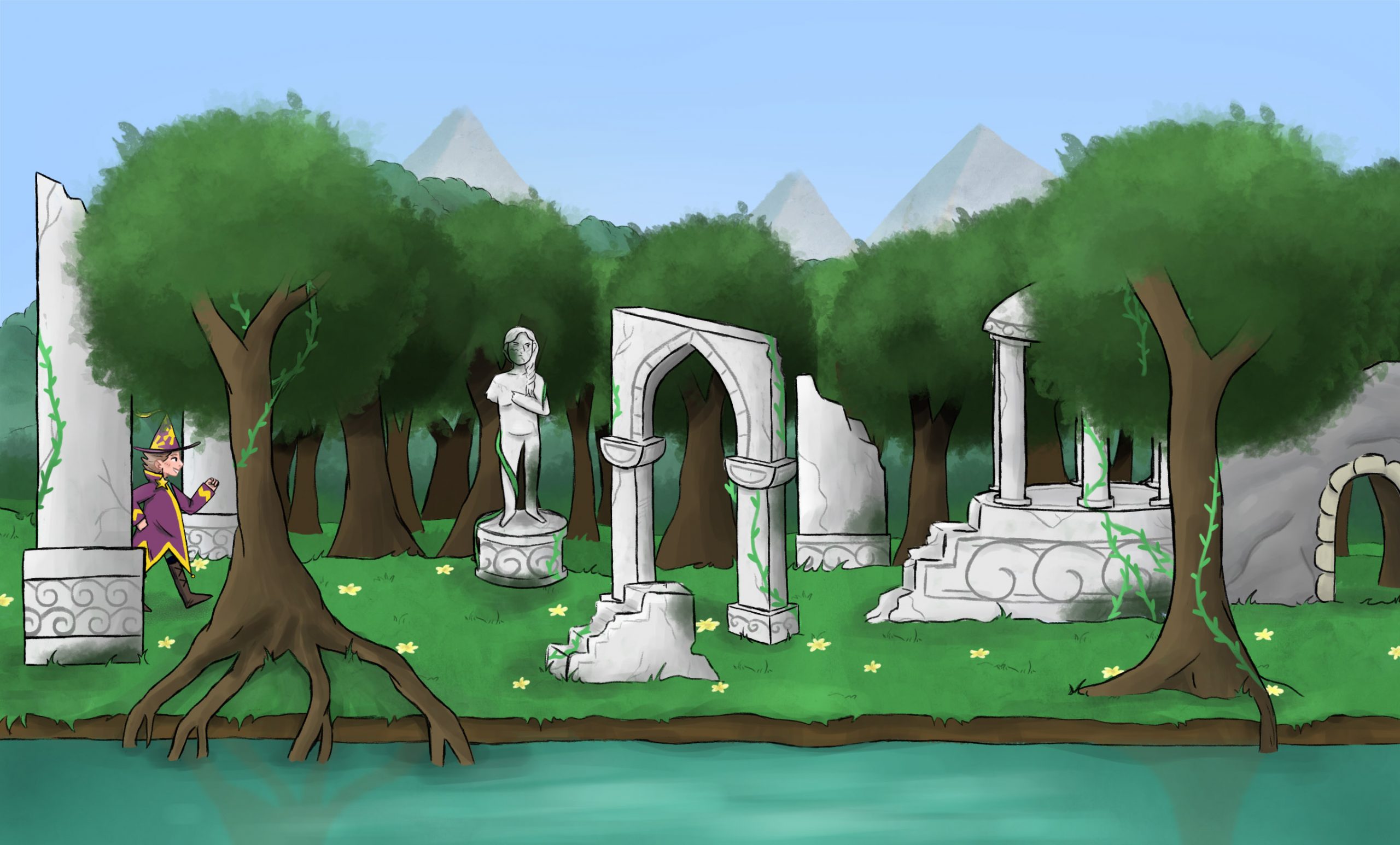 Coda - The Ever Forest

A background of ruins in The Ever Forest with the player character - Orfi, wondering through. The sidescroller is fully mapped out and open world with many distinct areas including this one. 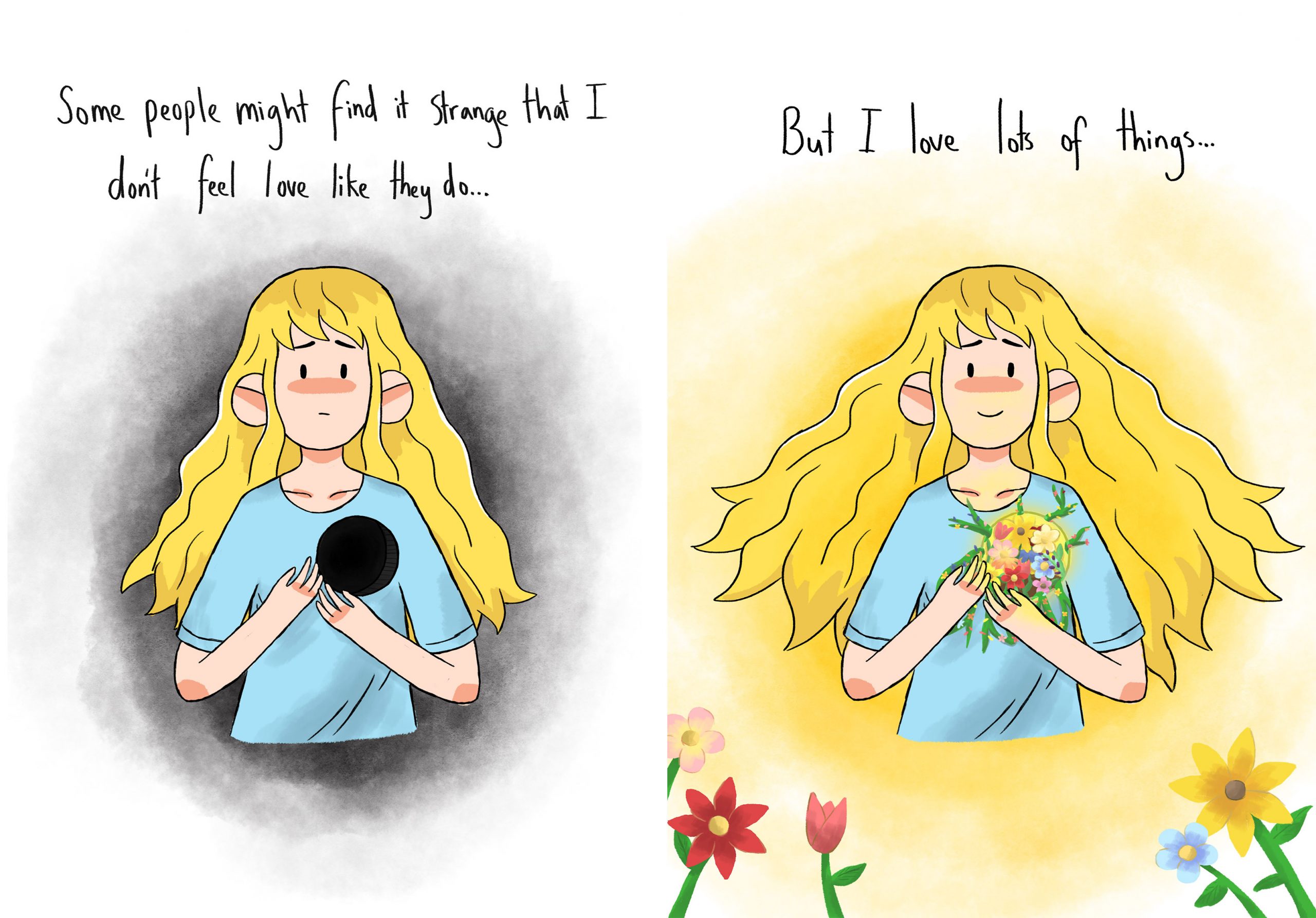 A Story about Love 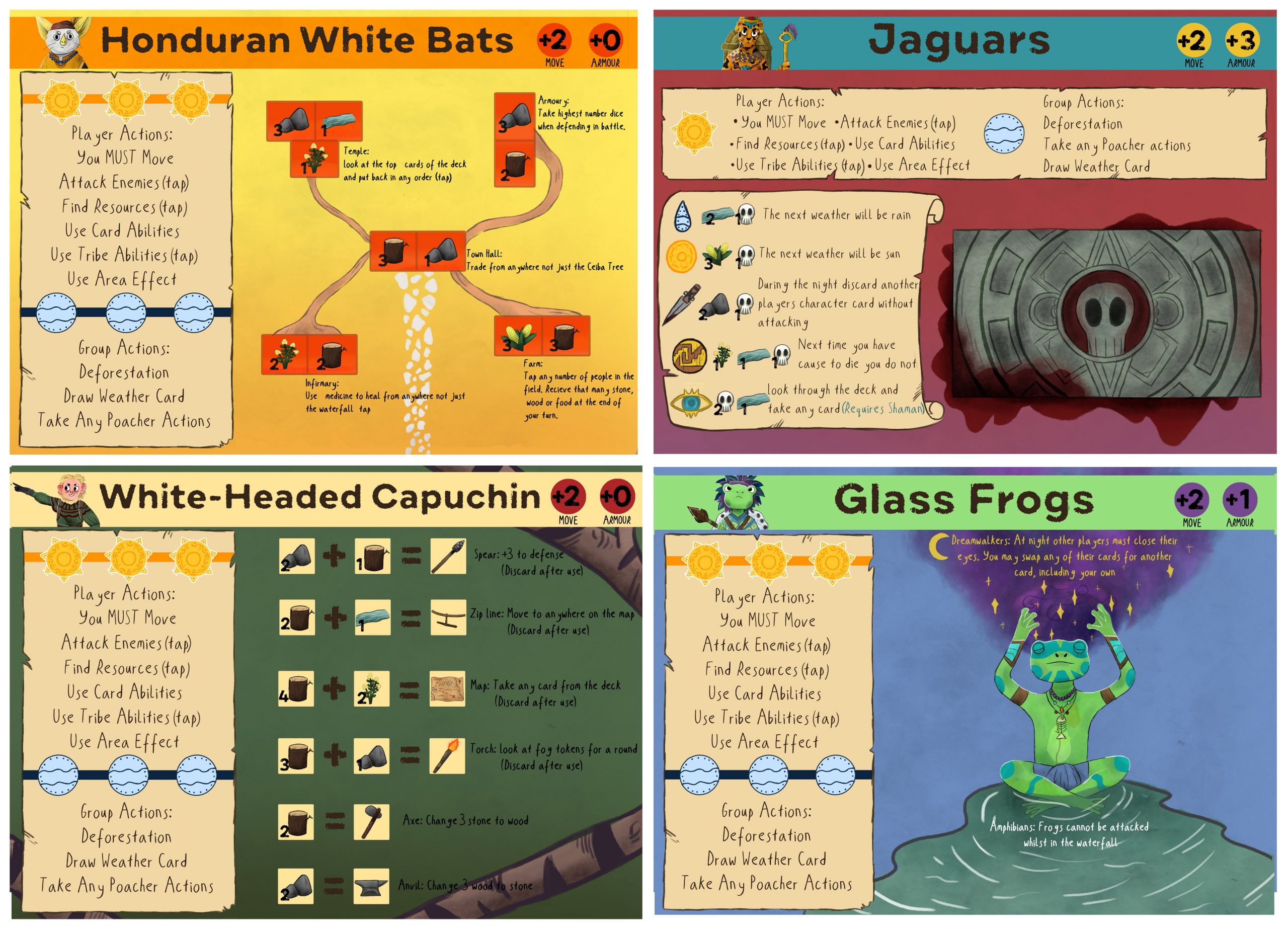 Each board corresponds to a specific player faction and succinctly explains its unique mechanics such as the capuchin's crafting or the jaguar's rituals. 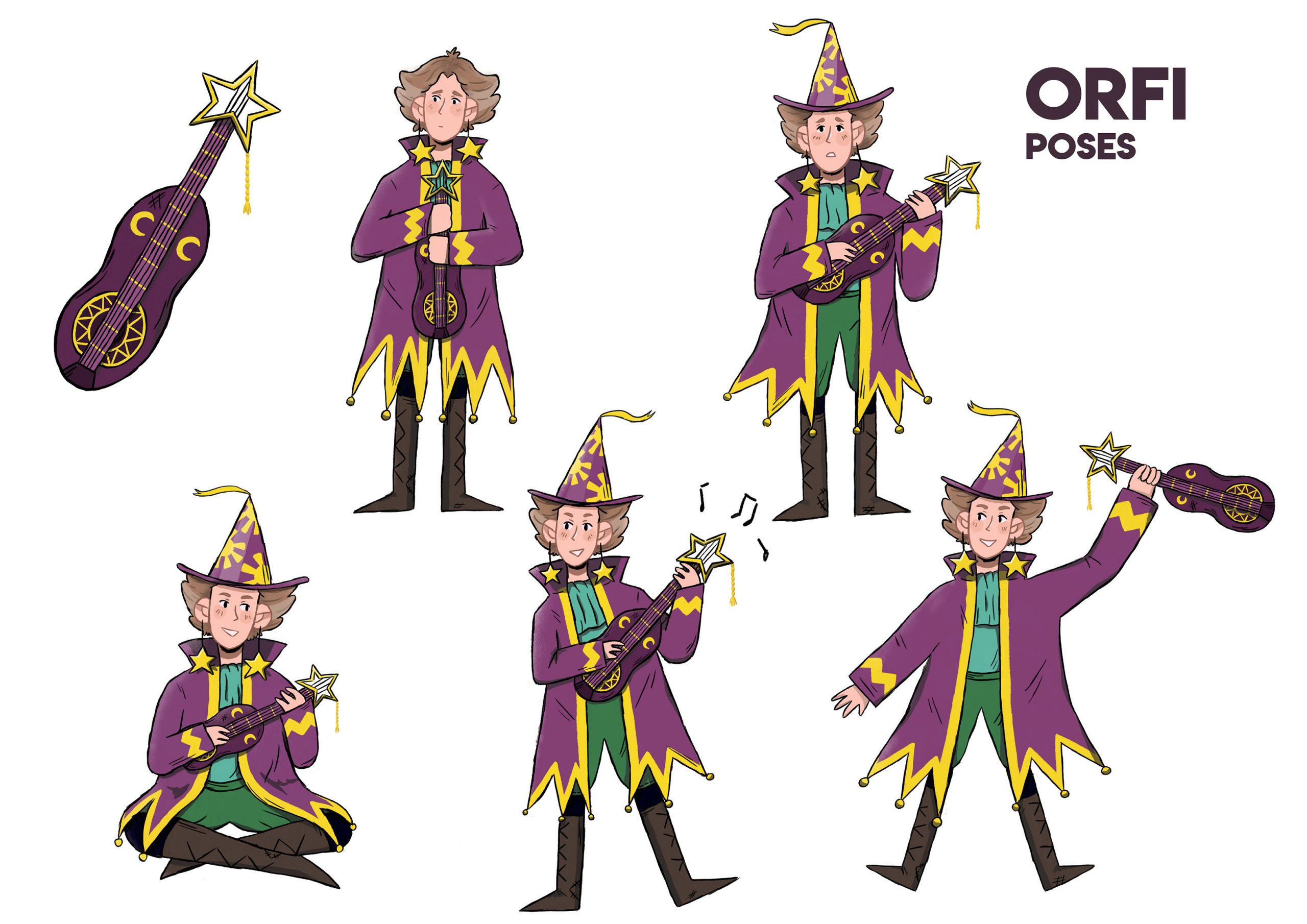 Poses for the player character in my video game especially exploring how he plays his instrument which is a hybrid of a lute and a dulcimer.

I love using illustration to tell stories in diverse and innovative ways.

Through recent work I have been particularly interested in game design, both physical board games and video games, looking at how illustration can be used to showcase mechanics as well as to tell a more interactive story, creating a large number of assets for both projects - logos, splash art, characters, backgrounds etc and tying all of that into how each game is played.

I also have a long time interest in graphic novels and created a short one as a side project this year. Character design is a particular favourite of mine as is working in the fantasy or sci-fi genres, I would love to do concept art for a big fantasy project one day! My goal is to keep telling stories and exploring with my art, whether that's as a concept designer, comic artist or something completely new.

Wildfire: A Game of Forest Survival / Coda / A Story about Love